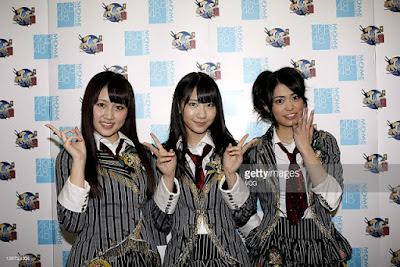 
Many thanks always support AKB48 GROUP. AKB48 Group will form a new sister group in Shanghai, China. The start date of the first generation audition will be scheduled around the end of 2017. Details will be announced again.

The war has begun! AKB48-CHINA's official Weibo account also announced the same thing today (26/10/2017). "After nearly one year of preparation, AKB48's official group CHINA will be officially established! The newly formed AKB48 China Group will be based in Shanghai, and will be direct production by top production teams in China and Japan," AKB48-CHINA writes.

The sister of AKB48's new group in Shanghai will carry the concept of 'face to face idol', with a combination of idol market in China to develop models and experiences with a strong industry and resource and financial background. To create the biggest and most influential idol group platform in China.

Through this sister group, AKB48 CHINA will take AKB48 Group members to China more often. AKB48 and the new sister group will be interacting more with fans to bring AKB48's idol culture. AKB48 CHINA also invites the girls to attend auditions that will open at the end of the year.