It is undeniable, the airport is an important instrument in the development of a regional tourism. Similar to Banyuwangi, Blimbingsari Airport plays an important role in Banyuwangi tourism which will ultimately affect the regional economy. 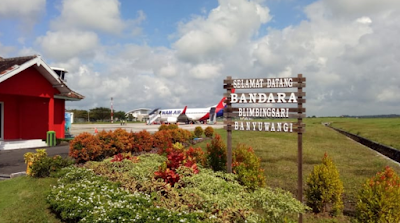 Since it was inaugurated in 2010, Blimbingsari Airport continues to grow with a number of innovations. In the past, the airport only received four flights. This flight is only served by two airlines namely Wings Air and Garuda Indonesia with transit through Surabaya, East Java.

The presence of the airport, helped boost economic progress and various other sectors such as agriculture and tourism in Banyuwangi. Even so, in its journey, the construction of Blimbingsari Airport has a bit of a unique story.

At that time, Banyuwangi Regent Abdullah Azwar Anas, considered as a pro-capitalist figure. The reason, Azwar prefers the use of APBD funds to build airports rather than build village infrastructure such as road repairs to lights that have not been burning.

Even so, Azwar claimed to have a strong reason still choose to build airports. he considered the airport can move the economy and increase investment into Banyuwangi.

"Whereas our way of thinking, if this airport so there will be investors coming in, investors come in will provide jobs for the poor," said Azwar.

Prediction proved, the number of passengers Blimbingsari Airport was growing every year. In 2011 the number of airport passengers who only 7,826 had touched 110,234 passengers in 2015. This increase is in line with the per capita income of Banyuwangi which continued to increase from 2011-2015 from Rp 23.61 million to Rp 37.78 million.

Along with the increasing popularity of tourism Banyuwangi, Blimbingsari Airport is now increasing the flight schedule to six times a day. Three of them are direct flights from Jakarta-Banyuwangi and three other Surabaya-Banyuwangi routes. The flight route from Jakarta to Banyuwangi is served by Nam Air twice a day and Garuda Indonesia once a day.

This amount could increase along with the targeted apron expansion plan beginning this year.