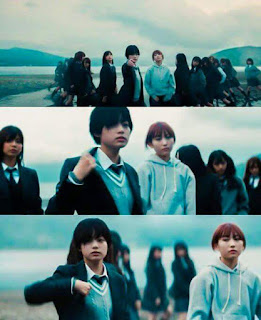 'Hiraishin' was hosted by the 5th single Senbatsu member consisting of 21 members of Kanji Keyakizaka46.