Juice=Juice Add 3 Other Countries As Next World Tour Destination 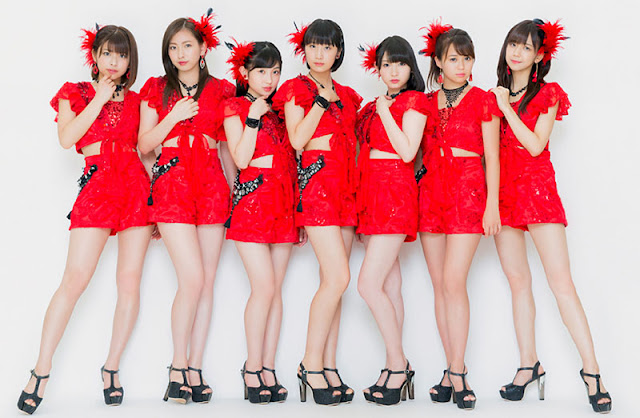 Juice=Juice has successfully held his first world tour titled "Juice = Juice LIVE AROUND 2017 ~ World Tour ~" to several countries from various continents, one of which is Indonesia.

A total of 7 countries have they sambangi to entertain his fans outside Japan. But Juice = Juice seems not satisfied with that. They also add 3 more countries as the next destination. Which countries will they visit next?

At the special concert of Juice = Juice's "Juice = Juice LIVE AROUND 2017 ~ World Tour-> J = J Day Special ~" which was held at Zepp DiverCity Tokyo on Tuesday (10/10), they announced 3 countries as a series of world tour first. The three countries are Peru, Chile, and Brazil.

Lima City, Peru will be the first destination to be visited Juice = Juice on 12 December. Followed a tour to Santiago, Chile 2 days later.

And for Brazil, they will visit two different cities, Sao Paulo on December 15, and Fortaleza on December 17, 2017. However, until now they have not informed further details about the location for the tour to the 3 countries.

In addition to announcing the additional tour, they also released a video clip of the songs they have released some time ago. The two video clips were laid out by 2 countries they had visited before.

Video clip "Fiesta! Fiesta! "In Mexico, as well as" Ca va? Ca va? "In France. Both video clips have been uploaded through Juice = Juice's official Youtube channel on Tuesday (10/10) in a short version that lasts only 1-2 minutes.