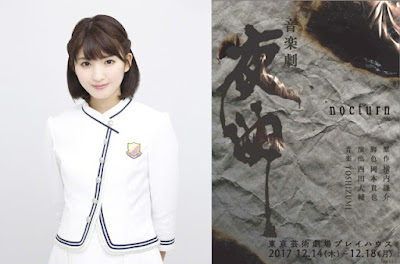 In this musical, Inoue will act as Sayo, the mysterious girl who asked Tsutomu [Kawamura Yousuke] to burn a neglected kindergarten.

Can appear in this musical, Inoue commented, "I am so happy to be able to play in a stage full of great players, I will play Sayo, a character with complex feelings, fun to get a job that is not just about expressing feelings but also there singing and other scenes in it. "