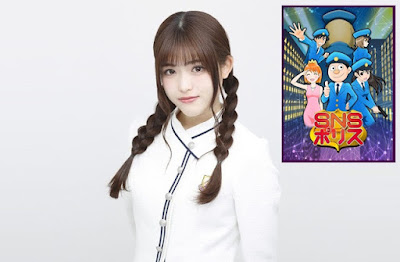 The animation is lifted from the manga 'SNS Police', a comedy manga that tells of a group of policemen who are trying to keep world peace SNS like Twitter and Facebook. This manga series has been published in the web media kakeru from 2015 until 2016.

Along with the announcement of the manga series became animated, it was also announced that Matsumura Sayuri who has become a seiyuu in several animated films will be involved as the main seiyuu this animation.

In addition, an audition is also planned to be performed at SHOWROOM to search for other seiyuu characters.

Animation 'SNS Police' is scheduled to be released in 2018.