Review The Interesting thing of Kawasaki Z900RS MY 2018 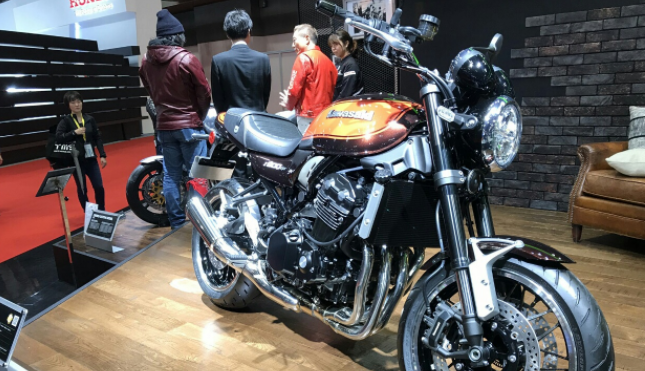 A few moments ago has presented a video teaser by Kawasaki where the video looks cursory figure of modern retro sportbike motors and has been officially introduced by Kawasaki as Z900RS at the end of the video.

Since that time this mysterious motor is much talked about people to the digital rendering on the basis of growing rumors. Tokyo Big Sight as venue held Tokyo Motor Show became the first witness of retro sportbike sport Z900RS introduced to the world. Also, the Kawasaki Z900RS is the only retro-modern product Kawasaki has for the time being.

If you guys retro sportbike enthusiasts, when you first see the Z900RS figure must immediately reminded back to the Kawasaki Z1 in the 70-80 years, which in its era is a big bike that has a very attractive design so it is in demand in the world market.

On the basis of that, born Z900RS figure in this modern era with body design lines that take from Z1, see tank-shaped tear drop, then seats that match the accent stitching and belt.

Not to forget the headlights are rounded, rear lights are also rounded a typical retro motor, very far from the typical family of modern Z from Kawasaki. Not to forget the shape of the rearview is also round, also with a thick speedometer retro shades combined with modern elements to be able to compete with rivals. The shape is very classy and characteristic of Japan.

One that turned out to be different from the rumor is only the exhaust configuration, which according to rumors will be 4-1-2 but in fact when mass production is the same as the Kawasaki Z900 with a 4-1-1 configuration.

In the engine sector, Z900RS is equipped with exactly the same kitchen runway with Z900, the terms with technology-technology as well. With still distinguished on the outside in order to thicken retro impression on the Z900RS as if given a fin accent on the head cylinder even though it is water cooled.

The main Z900RS chassis is identical to the Z900 with some adjustments in the fuel tank handle to accommodate different tank shape with the Z900 and so that the chassis shape can give retro impression on the whole motor.

Do not underestimated the same Z900RS used to bro, although retro this bike has been embedded traction control with two modes can also be disabled if necessary.

The meter panel is rounded and digital LCD screens (between the speedometer and tachometer) as gear position information, fuelmeter, clock and others.

Stang Z900RS is definitely much different with the Z900, because it is taller, wider and more flat / straight which causes the position of driving more sprightly and comfortable typical roadster motorcycles.

Let the old form, have pake LED technology for the main light and sein it. It's not a new thing anyway, but Kawasaki clever play the shape of the main light is so not too modern but retro impression dapet.

Speaking of suspension, Z900RS disposable sokbreker front telescopic upside down with 41 mm in diameter and is adjustable. At the stern monoshock is equipped with features pre-load and rebound adjuster, it seems from Showa. CMIIW. Braking was already ABS front rear.

It turns out that at the Kawasaki booth at the Tokyo Motor Show 2017 there is already a modified version of some custom workshop in the United States given the opportunity to modify the Z900RS.