TPE48 has opened its first generation audition on September 1, 2017. Through this audition filtered dozens of girls from all over Taiwan and some are from Japan. Several stages must be passed by the participants of the audition. The third stage of the TPE48 audition is the voting or voting stage by fans, in which the candidate must collect as many votes as possible. 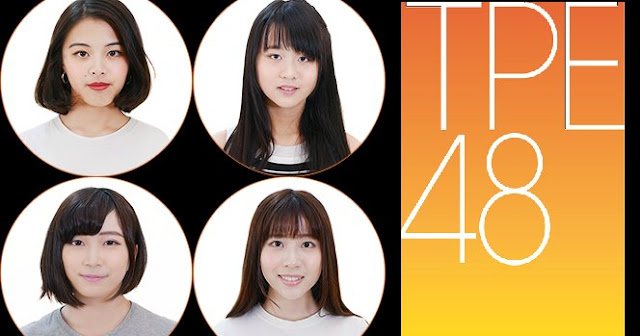 However, not infrequently there are some girls who resign in the stage that has been close to the end of this audition.

On November 20, 2017, through its official Facebook account TPE48 announced that participants numbered 75-KeiPeilin and the 125-Li Yongchen number had decided to resign aka back from the first generation audition. TPE48 added both of them out for a personal reason.

The same thing happened on November 27, 2017. Participants in 108-Wu Yafan and 118-Li Jingling also decided to resign from this first generation audition.

Personal reasons also make them decide. The girls' decisions are very unfortunate by TPE48 itself. But there are still many other girls who need your help and support! Now all four candidates have been removed from the voting page on the official site of TPE48.