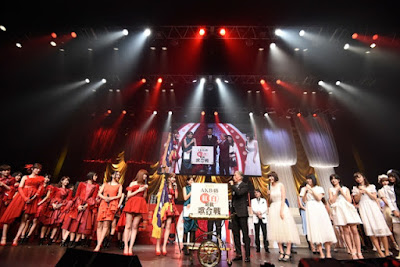 'AKB48 Kouhaku Taikou Uta Gassen' is an annual competition event that divides AKB48 and Sister group members into 2 teams namely Akagumi [Red Team] and Shirogumi [Tim White]. Then both teams competed in a singing competition. The matching team is determined by the cast of fans and the jury.

This year, Sakai Masaaki and Uchida Kyoko were again entrusted to guide the event.

Detailed line-up members will be announced later on.