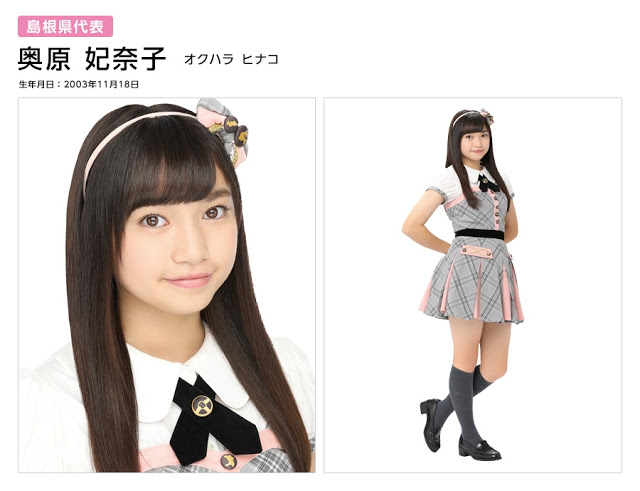 Okuhara Hinako replaced the former Shimane prefectural representative Abe Mei who announced the graduation date on July 23 and officially left the group at the end of August.