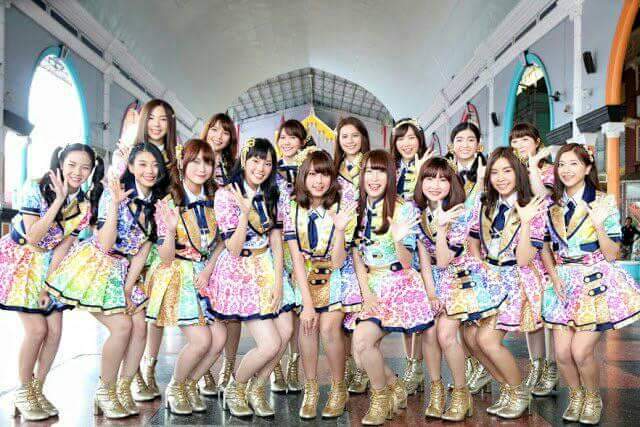 Announcement during "BNK48 Shihainin Live On Facebook" on November 9, 2017.

BNK48 will Create a Web Drama Series titled "BNK48 The Series" in this web series will tell about everyday Member BNK48. The first episode will be released on Sunday, November 12, 2017 Time. 08.00 am

1. Photoset BNK48 Special "Halloween" will be sold at the Handshake Festival event on 18 November Upcoming

2. Theater BNK48 will be announced At the Handshake Festival event on November 18, 2017

3. MV "Koisuru Fortune Cookie" will be released on this Month (For Its Date Announced at a later date)

5. There will be a Mini Live Concert & Last Handshake Event for CinCin BNK48

BNK48 will also Release Card Membership for its Fans

For Fans who have a Membership Card will get stuff:

1. Exclusive shirt
2. Guidebook on Member & Playlist Theater
3. Polaroid Two-Shoot with one member of choice
4. Photoset one member along with the signature

Membership card can be obtained on November 18, 2017 when Handshake Event (can not buy online)
Membership Card Applies to 2 Years Old

Can pay in installments but for now only can do with "Krungsri Bank" for other banks please wait for the next announcement.