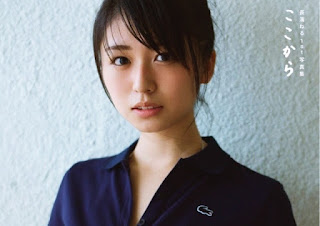 The title of solo debut solo member Keyakizaka46 Nagahama Neru which will be released next December has been revealed.

Photobook themed "Seishun [青春] / Youth" This will be a collection of summer photos of Nagahama. PhotoBook shooting process was done in early July 2017 and then on the island of Goto, Nagasaki Prefecture, which is a hometown of Nagahama.

On this Nagahama photobook, the producer Akimoto Yasushi commented, "Nagahma Neru is a humble person, always saying there is nothing special about her, so I'm really looking forward to this 'Koko Kara'."