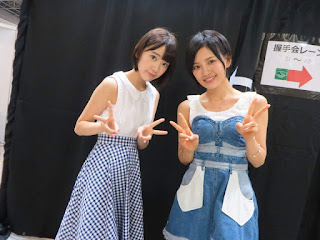 An unpopular HKT48 member Kodama Haruka just announce her graduation from the group and she is explain why decide to leave the group.

Alongside with Sakura Miyawaki, Haruppi is indeed absence at 4 and 5 sessions during the AKB48 group Handshake Festival on Saturday, 4th November.

"I was decided months ago to graduate, there are some reason that I will not tell anyone why." says Haruka Kodama.

Her last activity including Kodama Haruma graduation stage at theater will be announced at the official HKT48 site later.