Kashiwagi Yuki will no longer participate in AKB48 General Election 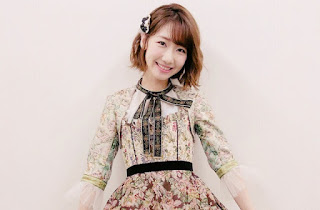 In an interview with one of the Japanese media, AKB48 / NGT48 member Kashiwagi Yuki revealed that she would not run in the 'AKB48 Senbatsu Sousenkyo' event for 2018.

Regarding the reason, Kashiwagi explained that according to her Sousenkyo stage has turned into a stage for the members of the successor generation AKB48 Group.

So far, Kashiwagi has attended Sousenkyo 8 times since joining AKB48 member in 2006. Being in 2nd place in Sousenkyo, the election of Senbangsu's 41st single member AKB48 which was held in 2015 became Kashiwagi's highest achievement during her participation in the annual event This AKB48.