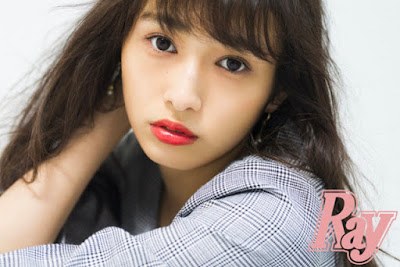 Member Keyakizaka46 Watanabe Rika has been appointed as an exclusive model of women's fashion magazine, 'Ray'.

The magazine 'Ray' to be released January 23 next year will be Watanabe Rika's first appearance with the exclusive model status of this magazine. With a height of 165 cm, beautiful face and big eyes, Watanabe Rika is one member of Keyakizaka46 which has many fans from among women.

With this, the two Sakamichi Series members will decorate the same two magazines each month. Watanabe Rika commented, "Shiraishi-san is a senior figure whom I love and admire, she is also a good figure when we meet at work site.Although anxious and nervous, I will try to polish myself until I deserve to be in the same magazine [ with Shiraishi-san]. "