Mano Erina says Shibasaki Gaku is no more than a friend

The news of romance Mano Erina (26) was sticking out in the Japanese mass media. Not with fellow artists she has a love relationship, but with professional footballer named Shibasaki Gaku (25) who is now grazing in Spain with Getafe club. Separated by a great distance between Japan and Spain, the relationship is both called "love growing from a distance of 10,000 Km". 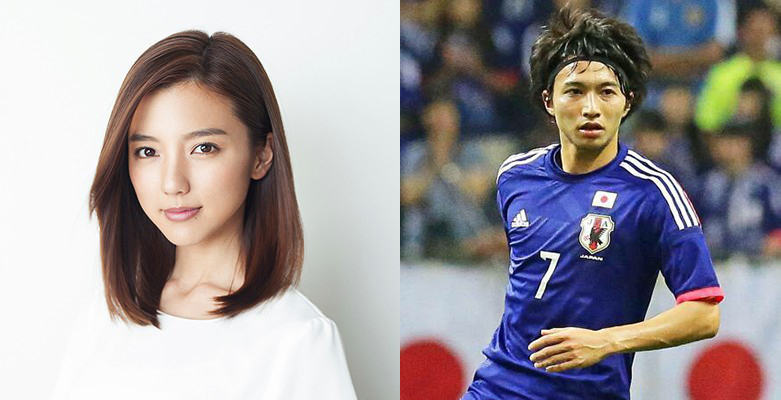 Reported from Yahoo! News Japan, the two met in the fall of last year because it was introduced by a friend. Her colleague leaked that the relationship has been established for about 1 year.

"Until now there has been no discussion about marriage, but it seems in their hearts have started to want to decide," he added.

When Mano Erina was attending the latest movie show she starred, "Fukumenkei Noise" with the other cast, she was stoned to question the truth about her relationship with Shibasaki Gaku.

"Is your relationship still running smoothly ?," asked a reporter. Without answering a word, she just smiled, which then the question was canceled by the local staff.

Mano Erina is also called one of the people behind Shihasaki Gaku's recovery from a 2-month injury and undergo rehabilitation in Japan.

Obviously, the support of Mano Erina did not escape even though Shibasaki Gaku has re-undergone training with the club now, the article the lover is now back aiming his position back to be the backbone of the Japanese national team in 2018 World Cup next.

The thing about the round skin is not new to Mano Erina. The reason, 10 years ago she ever intensified a sport similar to the lover, which joined the futsal team Hello! Project named "Gatas Brilhantes H.P." with members of Hello! Other projects.