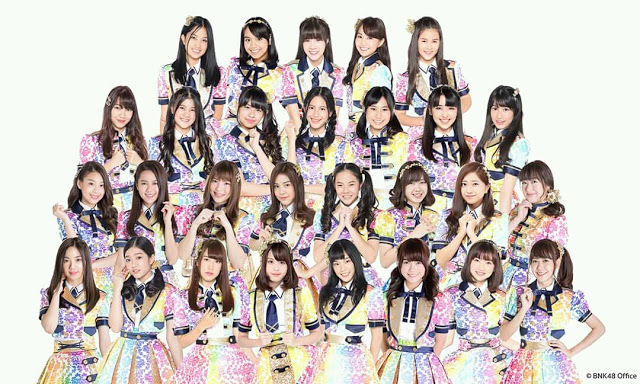 In order to welcome the 2020 Summer Olympics to be held in Tokyo, NHK World is proud to present the 'Song of Tokyo' event. This event will be held on November 25-26 which will be followed by some popular artists of Japan and abroad. One of the artists in Japan who will perform in the event is the number one group in Japan, AKB48.

Uniquely, as this will be airing internationally on January 1, 2018, NHK World created AKB48 Senbatsu World which is 16 people who will perform at the event. Due to the world's senbatsu and the international scale, the 16 senbatsu members are not only from AKB48 Group in Japan, but from their foreign group sisters JKT48, BNK48 and TPE48.

Senbatsu World has been announced, they consist of all AKB48 Group's representatives AKB48, Team 8, SKE48, NMB48, HKT48, NGT48, STU48, JKT48, BNK48, and TPE48. All of these members are already in Japan and have been doing joint exercises. Curious anyone senbatsu world from each group? Here it is under the list!

The AKB48 Senbatsu World will be performing on the second night of the Song of Tokyo event on November 26, 2017. They will feature four songs of Aitakatta (Want to Meet), Heavy Rotation, 365Nichi no Kamihikouki (Paper Aircraft 365 Days), and Koisuru Fortune Cookie ( Fortune Cookies Who Love).