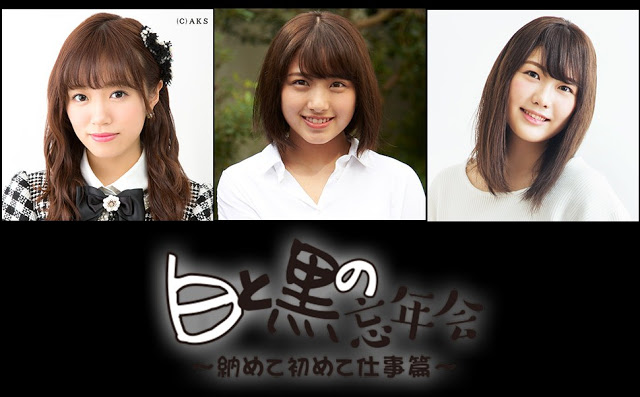 'Shiro to Kuro no Bounenkai' tells the story of a 21-year-old girl named Mitsuki who wants to quit her job at the beauty company she's just been in.

Despite having dreamed of working in this company for a long time, but the conditions of the workplace that are beyond expectations like having to work overtime often make him think to stop.

Mitsuki also intends to get out of the company and submit a letter of resignation at the time of attending 'Bounenkai / party end of the year' that held this company.

Mitsuki who wants to quit the beauty company decided to start looking for a new job. Mitsuki is good at cooking interested to work disebuah bento restaurant.

A clear working hour and no overtime get more attention. Mitsuki conducts interviews secretly and accepted this restaurant. Mitsuki is also invited to attend Bounenkai which will be held by the restaurant.

Problems arise, Bounenkai beauty company where Mitsuki will stop and Bounenkai bento restaurant that will be a new workplace for Mistuki was held at the same time and place.