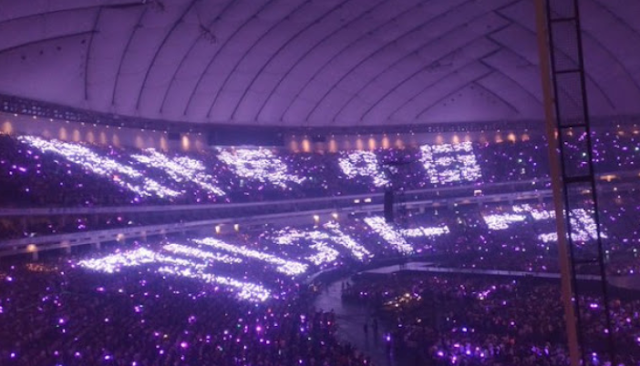 It became the debut of Nogizaka46 at Tokyo Dome in 5 years and 8 months since their debut in 2012.


■ Tokyo Dome Became the Venue With The Number Of Most Audience

A total of around 100,000 spectators attended the 2-day concert and became the largest number of viewers at the concert event held by Nogizaka46 in several locations.

During Encore, Nogizaka46 performed the song 'Nogizaka no Uta' and the venue was decorated with purple penlight. When the song finishes members throwing gratitude to the fans who have been present. Fans also gave a surprise by turning penlight forming the phrase "乃 木 坂 46 ア リ ガ ト ウ / Nogizaka46, Thank You".

Seeing this member weeping and Captain Sakurai Reika said, "There are still other incredible places besides Tokyo Dome.We will take you to other amazing places, so please look forward to it."

2 members of Nogizaka46 who have announced their graduation of Ito Marika and Nakamoto Himeka also performed at this Tokyo Dome concert. When w-encore, along with other Nogizaka46 members they performed the song 'Kikkake'.

After singing, Nakamoto Himeka said, "Everyone thanks a lot, I love the lyrics of Kimi no Nawa Kibou who says" The future is a stage that will always bring new excitement "I believe the future of Nogizaka46 will be great. continue to support Nogizaka 6 years with Nogizaka46 Thank you very much. "

While Ito Marika said, "As a first generation, I have been active as a member for 6 years thanks to the support of fans, the members I love and the staff, I can finally become an idol and stand on this stage and I'm so happy to sing my favorite song , 'Kikkake' This will be my start for Himetan [Nakamoto Himeka] and also Nogizaka I hope you continue to support Nogizaka46 and the members Thank you very much for the extraordinary moment of the day. "