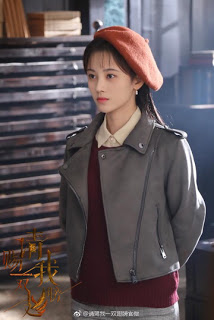 Played the role of Lin JiuGe policewoman in the period of the Chinese Republican background (pre-1949). This will be the most dramatic role that Ju JingYi has shown in the past.

The drama began to be filmed a month ago but, Kiku's participation is still very secretive until now with the producers even playing the mystery of the disappearance of the actress.