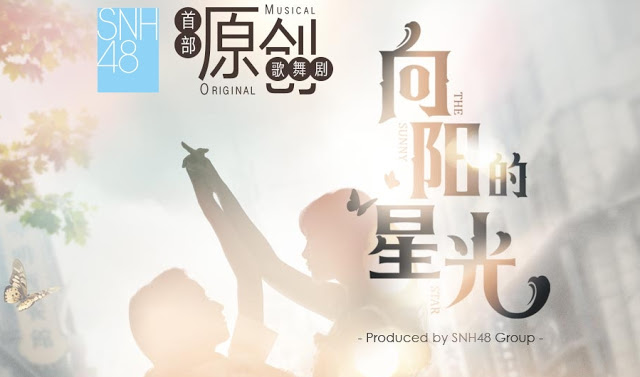 At the third annual event SNH48 Fashion Award with Mina has been announced that there will be a musical to be staged at the theater.

No longer relying on a stage full of songs, SNH48 is now beginning to innovate to perform musical performances in the theater. This first musical drama titled 'The Sunny Star' or Xiangyang de Xingguang (向阳 的 星光).

The Sunny Star will have a 1920-1930 background, members of SNH48 are challenged to play different roles.

Through this musical drama, it is expected the members can cultivate the ability of acting, singing, and dancing. The players have been trained for several months in this theatrical production. This musical theater will be premiered on December 8, 2017.

Going forward, SNH48 will continue to enhance theatrical performances in various sub-divisions across the country. In 2018, they will also continue to launch a number of theatrical productions with different content.

It is expected to continue expanding the new members' performance possibilities and gradually improving their stage performance. More members in the future to participate in film and television dramas.