Member of AKB48 Iriyama Anna has been contracted as a regular model of beauty magazine published by Kodansha, 'VoCE'. 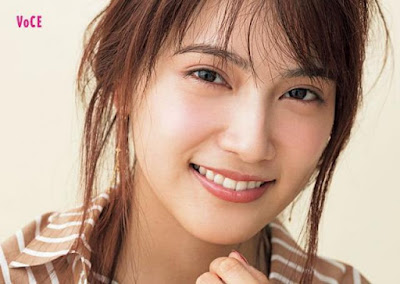 Since debuting with AKB48, Iriyama Anna aka Annin is known as a member who has a "cool beaty" image with beauty and calm nature. Iriyama has also released her first solo photobook 'Utsukushii Tsumi [美 し い 罪]' in March.

Hired as a regular model of beauty magazines, Iriyama commented, "I bought cosmetics for the first time in my fifth grade, and since then I'm very excited about doing beauty-related work from now on, with readers I want to learn about be in the same boat. "

Iriyama Anna's appearance as a regular model of 'VoCE' magazine will start from the February issue of this magazine released December 22, 2017.