BEJ48 has announced earlier that Team B will be bringing a new theater setlist titled 'B A Fighter'. Shonichi for this setlist has been announced and will be held on December 29, 2017. B A FIGHTER will be the third Team B performance stage as well as their first original setlist. 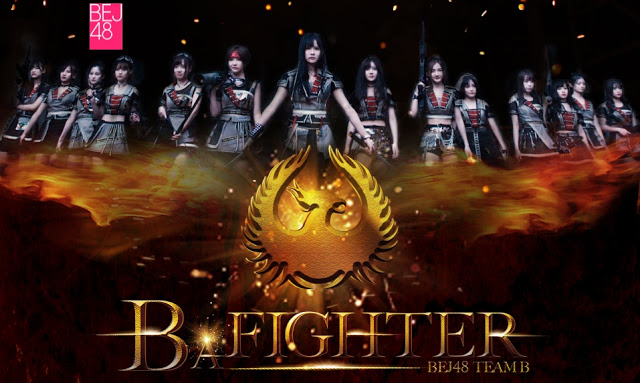 This setlist will tell you that the world is unbalanced, full of black and white aura, a colorless world. Smoke fills the whole world, people have forgotten their past and future, and forgot about love. Team B members believed to be reincarnated Phoenix will save the earth. Fraught with dangerous risks, defeated several times, got up and fought. The Phoenix in China is a revered being there after the Dragon.

The BEJ48 is temporarily still performing the waiting stage that has been going on from April. Senshuuraku waiting stage will be held on December 24, 2017, after which Team B will officially bring this setlist. In shonichi there will be two new members of BEJ48 introduced, of course they are already in Team B formation. Possibly they are part of the 3rd generation members, it follows Team E and Team J who have first introduced it.