BEJ48 has announced earlier that Team B will be bringing a new theater setlist titled 'B A Fighter'. Shonichi for this setlist has been announced and will be held on December 29, 2017. 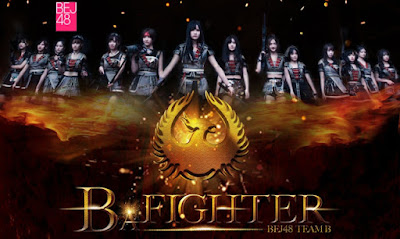 However, on today (19/12/2017) BEJ48 announced it will postpone shonichi from this new Team B setlist. Through its official website BEJ48 explains the reason for the delay of this new setlist.

"Due to a sudden and irreversible factor, the plan to be held on December 29th for the debut of Team B's original show will be postponed.Shonichi's time will be announced next.Please tell others.Finally, we apologize for any inconvenience caused to all fans. Please understand, "wrote BEJ48 Operation Team.

It got responses from some fans. "There is no original setlist in one know, achievement is achieved," tuis account @ 交 差點 days_. Fans also commented that they are still waiting for the original setlist for Team E back