At the BNK48 event titled 'We Wish You A Merry Christmas', various announcements were submitted by the General Manager. One of them is BNK48's 3rd single titled 'Shonichi'. Not only announced the title, members who brought a single or senbatsu were also announced. 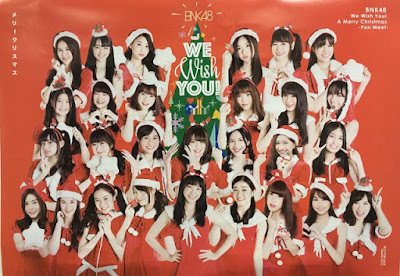 Shonichi version of BNK48 will be titled 'Wan Raek วัน แรก'. This single Senbatsu consists of 16 people BIII Team. For the first time, BNK48 implemented a double center in a single. Music and Noey will take center positions in the single Shonichi. Here is a list of Shonichi senbatsu members.

In the list of senbatsu above, Jane became the only one who became a senbatsu for the first time. The single will be released in 2018, possibly in March.