Invited Every Year, AKB48 is Ready for Japan Expo Thailand 2018

Japan Expo Thailand will be held on 26-28 January 2018 at Central World, Bangkok. As always, some popular musicians and artists from Japan will be invited to enliven the event. 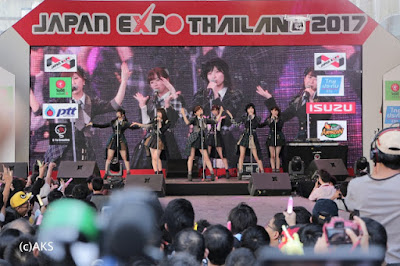 One of them is the number one group in Japan, AKB48 which annually performs entertaining at the biggest Japanese event in Asia. Since 2015, AKB48 has been a guest subscription at Japan Expo Thailand because AKB can attract many people to come, also there are plenty of their fans in Thai.

The six AKB48 members will be performing on the last day of the Japan Expo event on January 28, 2018 with a mini live concert. At the Japan Expo Thailand 2017, the arrival of AKB48 at the event also introduced the members of their new Bangkok-based sister group 'BNK48'.