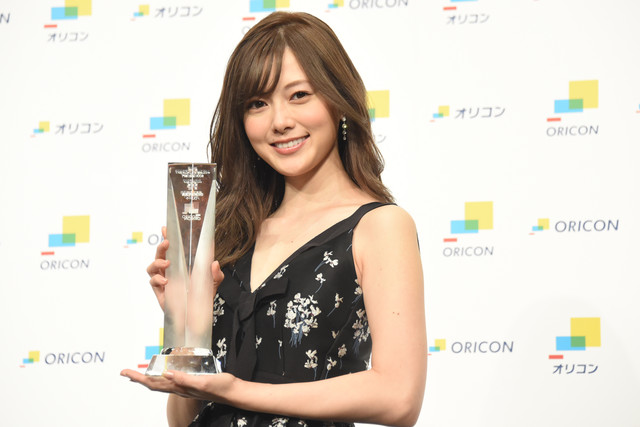 Coming in a black dress, Shiraishi who received the award trophy commented, "I still can not believe that I can receive this amazing award, I'm so glad I did not expect it at all."

Maiyan continued, "I am grateful that I can achieve this award thanks to the support of those around me."

When asked for future expectations, Mai Shiraishi replied, "I want to challenge a lot of things, Oricon also has a musical warning, so I will try hard and hope someday Nogizaka46 can also receive the award."