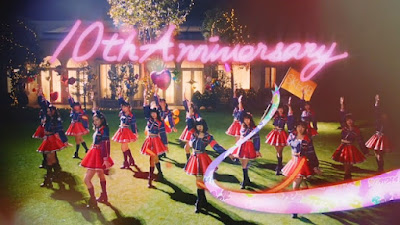 Carrying the group's 10th anniversary celebration, this MV features a member wearing a costume that was once used throughout the single SKE48 that has been released so far.