As has been previously announced, that SNH48 will release the 2018 new single in December. This single special will have a senbatsu from janken taikai for the first time after all this time SNH48 uses it on the song 'Chance no Junban'. From this janken elected Chen Yulin Tem XII became its center. However, it is not yet certain whether the janken senbatsu will sing the main song of the single or EP this new year. 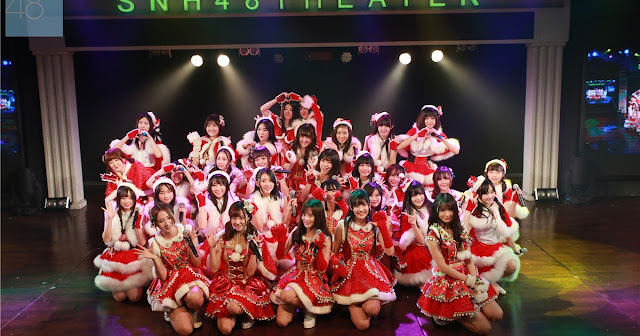 Apparently this year's new single, the songs have been registered by Shanghai Siba (STAR48) to ISRC. There will be 7 songs with 1 main song that will be in EP SNH48 this time.

In this single will also have song coupling song from the sisters of the group BEJ48, GNZ48, SHY48, and CKG48. The song of each team is no longer included in the EP following Dawn in Naples yesterday. Wondering with SNH48 new year's singles? Here's the tracklist!

The songs above is a new year-themed song. The new year's single is SNH48's 3rd New Year single after the release of New Year's Bell and Happy Wonder World. Announcement of the single release will be notified soon.