Ju JingYi becoming the most popular SNH48 Group members over the years, she has won back-to-back General Election in 2016 and 2017. 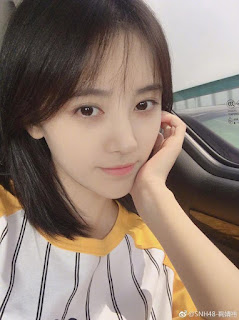 Sina Entertainment news reports that Ju JingYi of #SNH48 Team NII (2nd generation) has setup her own studio and is expected to announce graduation from SNH48 to focus on her solo acting and singing career.

Although graduating from SNH48, Kiku is expected to remain under the STAR48 umbrella as a solo artist.

Recently, actor and model Hu Bing partnered his studio to STAR48 in a similar way.

The announcement of Ju JingYi's graduation had been anticipated as she had already pulled out of the upcoming Best50 concert and 5th general election.

She also has not participated in Team NII activities for several months.

Reporting from SNH48 Today, Sina Entertaiment reported on Dec. 13 that Ju Jingyi of Team NII SNH48 and the last 2 runners will officially announce her graduation from the group on December 16th.

Reports indicating that the girl who earned her 4000-year-old beauty epitaph planned to raise her own studio to focus on her acting career and solo singing.

Ju Jingyi will still be under STAR48 but operates as a solo artist in the same way as actor and model Hu Bing is now modeling his studio with STAR48.