Sugai Yuuka says Imaizumi Yui is an important for Keyakizaka46 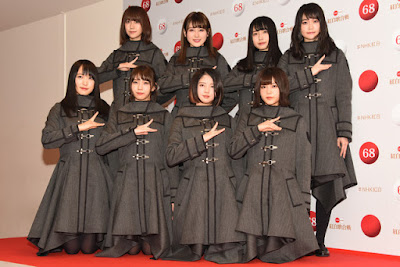 This year became the second consecutive year of Keyakizaka46 performing on music events held every end of the year. In front of the media crew, captain Sugai Yuuka commented on their first appearance last year.

"I did not think we could perform (last year), so not many memories I remember.This year, with gratitude I hope to remember everything (laugh) And I want to give the best show."

Regarding the song 'Fukyouwaon [不 協和 音]' to be delivered by Keyakizaka46 on the show, Nagahama Neru commented, "This song has a strong message, I think through this song the color of Keyakizaka46 will be easily conveyed to those who first saw our performance. "

When asked about Imazumi Yui who could not come forward because of having to re-hiatus from group activities, Sugai Yuuka commented,

"She's an important figure up to now, I want to bring 'Fukyouwaon' with our feeling of coming up with a 21 member presence to close later this year . "