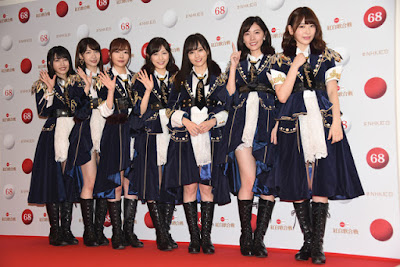 7 members including Watanabe Mayu appeared before the press while discussing their enthusiasm about the event.

In 'NHK Kouhaku Uta Gassen' this year, AKB48 is planned to bring 3 songs out of 10 candidates in a medley of choice from viewers. Mayuyu who will be performing last time on this event as an AKB48 member commented,

Regarding the 10 candidates for the song, Sashihara Rino commented, "Everything is a good song, no matter which song will be chosen (big 3), I'm looking forward to it."

While responding to the song 'Oogoe Diamong [10 声 ダ イ ヤ モ モ ド ド ド]' which also included in the 10 candidates, Matsui Jurina commented, "The song was performed when I debuted and was still in elementary school, I am very happy to sing it again when I was 20 years old. "

The 10 candidate songs will be performed by AKB48