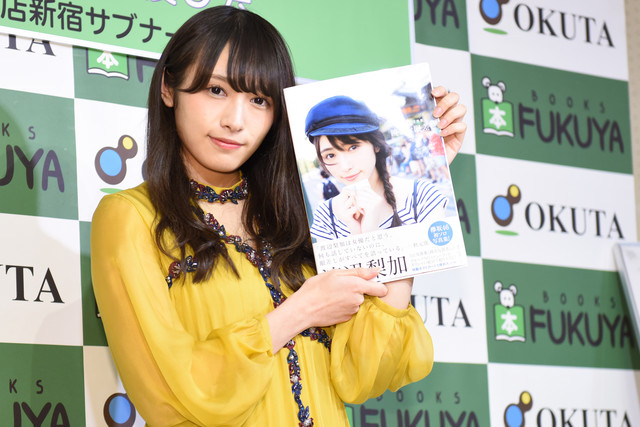 Watanabe became the first member of Keyakizaka46 to release a photobook. Location shooting done in Greece.

For this photobooknya photo shoot, Watanabe revealed she had to undergo the process of dieting 3 months before going to Greece and managed to lose weight as much as 7 Kg. "I love pan [bread] and other sweet foods but I have to hold it and just consume lots of apples I'm trying to get my photobook."

Watanabe Rika who admired the Nogizaka46 member Shiraishi Mai revealed, "I saw Shiraishi-san's photobook and learned many things from it." Watanabe has also given his photobook directly to Shiraishi.

Although during the interview Watanabe answered the question shyly, but when she was asked to give value to her photobook, Watanabe firmly answered "100 points". Regarding her future expectations, Rika Watanabe said, "I want to keep fighting hard in my every activity."