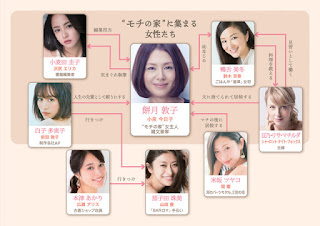 Actress Koizumi Kyoko will be the main character of this film. Koizumi serves as Mochitsuki Atsuko, a book author and owner of the old bookshop "Mochi no Ie [モ チ の 家]." While Maeda Atsuko, Sawajiri Erika, Hirose Alice, Yamada Yu, and Mitsu, Charlotte Kate Fox and Suzuki Kyoka will serve as women who are trying to regain their identity while worrying about work and romance.

The filming process has started since January 8, 2018 and is planned to be completed in mid-February 2018 and will be screened in Japanese cinemas in September 2018.