After a long time without one, NGT48 will finally be held their audition for 2nd generation members. 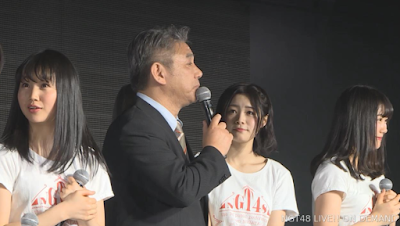 The audition will opens starting from February 2018 until April 2018, those who apply should be at least 12 min and 20 max.

Participants must be willing to settle in Niigata, Japan after being elected NGT48 member.

January 26, 2018, NGT48 announced it will hold a 2nd generation group audition through a press conference held at theater group.

The 2nd Generation Audition of NGT48 will work with the Niigata regional government and be the first to be held in AKB48 Group. Mayor Shinoda Akira is also planned to participate as a judge in the final stage audition.

Enrollment of Generation 2 NGT48 audition will commence on February 1, 2018. After following the audition phase sequence such as document checking, interviews, dancing and singing tests, candidates who pass will be announced at the end of April 2018.