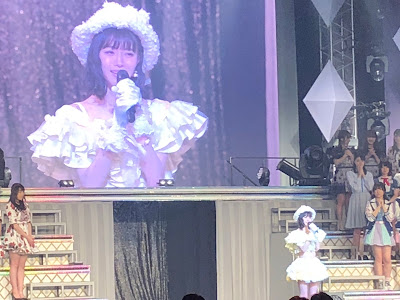 Regarding Miorin last activity with NMB48 to be announced through official site.

In the announcement, Ichikawa said, "There is something I want to say to all of you, Ichikawa Miori, will graduate from NMB48 in the spring of this year, 8 years of living as an Idol, I have many opportunities to join AKB48 and NMB48 , meeting with the members and staff, as well as the fans who always support me, this is a treasure in my life Thank you very much I am very happy if you continue to support me in the future.

Regarding Ichikawa's future plans, this will be revealed when she appeared on SHOWROOM.