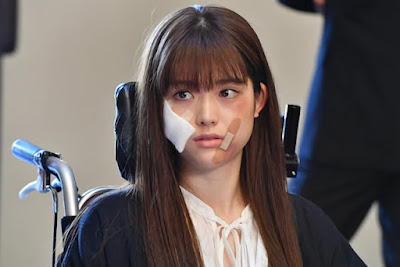 The drama 'Unnatural' tells of a pathology doctor named Misumi Mikoto [Ishihara Satomi] and the team who handled an unnatural death case and tried to reveal the truth behind the death.

In this drama, Matsumura will act as a friend of the girl who has died and his body is being handled by doctor Misumi Mikoto and the team.

Appearing solo for the first time in a drama, Matsumura commented, "I'm very tense, but thanks to everyone's kindness on the set I can relax through it."

In addition to her new acting role, Sayuringo said, "This is a role I never did before, for this role I hid my figure as an idol and presented a serious expression as an actress."