SNH48 first shuffle team to be held earlier this year

The 2018 new year is a surprise for SNH48 fans themselves. Right on January 1, 2018 to coincide with New Year's Eve SNH48 announced a large-scale reorganization related to the entire team or known as the shuffle. 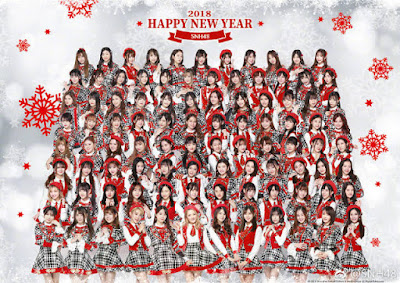 This is the first reshuffle of the SNH48 group after five years of standing in Shanghai, China.

The shuffle is done with the goal of creating new environments for the growth and development of new members and new experiences for fans.

SNH48 itself has experienced significant development in China and abroad including in Japan. Currently, the group has performance that is divided into five teams (Team SII, NII, HII, X and XII). These five have been fully operational for theater and other performances.

SNH48 has a total of 102 members who have status as a permanent member (non-training) as well as 20 new members who are sowed in the trainee.

The reorganization by SNH48 will dissolve the old team formation and will be formed only 4 new team formations as well as teams consisting of trainees or kenkyuusei. This means Team XII will end at that moment.

Trainee or Kenkyuusei will perform daily theater performances the same as the other teams do. Through this process eating is known how big their growth.

Trainees who show outstanding performance will be promoted to one team. This method refers to a system that has been implemented by GNZ48 which again has trainees after the first and second generation are directly promoted into the team.