Member STU48 Ozaki Mami has announced her resignation from the group activities. 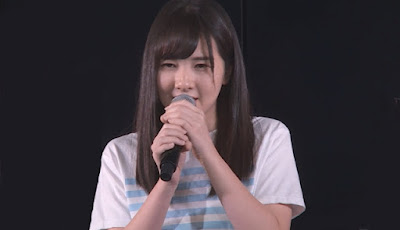 This is announced Ozaki Mami when he was present suddenly performed theater STU48 held at the theater AKB48, January 6, 2018.

Appearing suddenly, Ozaki said, "Excuse me, I'm sorry, even though this is AKB48's theater, but I want to convey this directly from my mouth, so I decided to be here, there are things that I want to say I, Ozaki Mami decided to resign from STU48 activities. "

This announcement not only surprised fans who attended the theater but also members who do not know Ozaki Mami plan this.

About Ozaki Mami's graduation schedule will be announced on the group's official website.