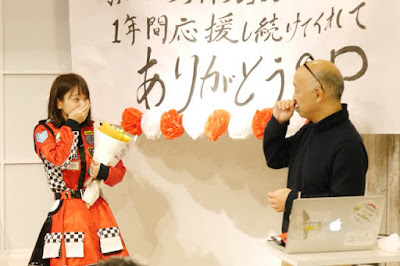 This was revealed on February 8, 2018 when FLASH magazine editor Aoki Hiroyuki came up with a surprise when Ota Nao held her one year anniversary live in SHOWROOM.