Member AKB48 Team 8 Oguri Yui has been chosen as a regular model by fashion magazine 'LARME'. This announcement was announced on SHOWROOM's live broadcast held today, 15th of 2018. 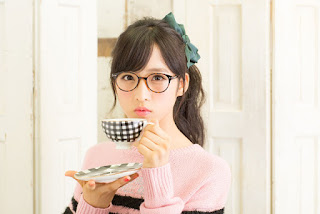 This is the realization of 'LARME' announcing that it will be one of the young members of AKB48 Group to become their regular model, the announcement was announced when a young member of AKB48 Group under the age of 17 held a concert 'Hotei Sokudo to Yuetsukan Fure All-Star Concert ~ Zero Position no Mirai ~ at Tokyo Dome City Hall, January 14, 2018 ago.