On February 21, 2018, one of the directors of BNK48 Office, Takahito Katsuta, announced the completion of Jan or Jetsupa Kruetang's graduation from the group on her Instagram account. 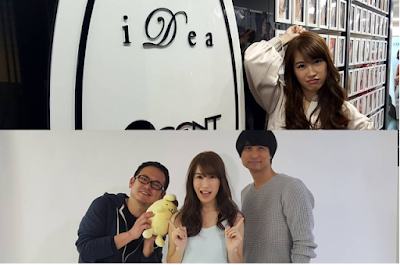 Jan will remain in the BNK48 Office management but not in the group. Jetsupa will work on a live platform called SHOWROOM in Japan in March.

Therefore, starting in March, Jan's activities as a member of BNK48 will end. All of her social media (SNS) accounts will not be deactivated but renamed to 'Jan Chan'.

Later Jan will be shaded by one of the model agency in Japan that is iDea from early March. For fans who want to greet Jan can approach her on February 28 at around 15:30 pm at the 1st floor Cafeteria of Gedung SAHAPAT, Bangkok. Jan will stop by and express her gratitude to the fans during the BNK48.

As previously stated that BNK48 will hold a Jan graduation theater performance in March will be canceled. Jan was also not scheduled to attend the first BNK48 concert at the end of March.

That's because Jan will start the name as Jan Chan not as Jan BNK48 in early March. Therefore, the opening of BNK48 The Campus including the theater will be postponed from the scheduled February turn into May.