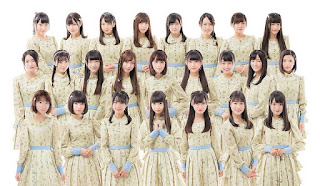 It was announced theater show NGT48 which was held today, February 8, 2018.

All members of Generation 1 NGT48 were selected as the Senbatsu single with Honma Hinata who ranked 13th in 'AKB48 Senbatsu Sousenkyo' last year as the Center.