Mnet has successfully aired the PRODUCE 101 program and succeeded in hypnotizing many K-POP lovers around the world. PRODUCE 101 is a survival event that produces a group (girlband / boyband) which will be competed with 101 participants from several entertainment companies in Korea. 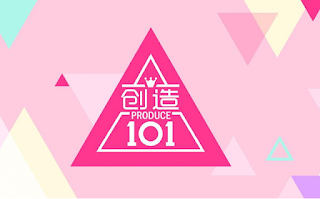 The show aired in early March with the first season with female participants and the second season being men. PRODUCE 101 successfully won I.O.I and Wanna One. Some time ago, PRODUCE 101 will collaborate with AKB48 by establishing 'PRODUCE 48'.

The success of PRODUCE 101 made one of the companies in Tencent China buy their copyright. Tencent will present the same program PRODUCE 101 but this time will be released in Chinese version of 'Chuangzao 101 (创造 101)'. This program will be launched in 2018 is exactly April. Chuangzao 101 is present for 101 female participants to be nominated into a new idol group in China.

Similar to PRODUCE 101 guided by Jang Keun-suk, this Chinese version will be guided by Huang Zitao (Z TAO). For the mentor itself amounted to 5 people in the field of music there are famous singers Tiger Hu and JJ Lin. For dance or dance there is Jolin Tsai and Yoga Lin, and for rap vocals there is the famous rapper Ma Siwei.

If the Korean version is followed by 46 entertainment companies, this Chinese version of PRODUCE 101 will be followed by a little bit as possible because the number of female idol groups in China is not as much as in South Korea. Companies include EEG from Taiwan, STAR48 owner SNH48 GROUP, EE Media, and many more that have not been known.

Fans are currently being overwhelmed with Siba invited to participate in this Chinese version of PRODUCE 101. STAR48 has 5 shade groups namely SNH48, BEJ48, GNZ48, SHY48, and CKG48. Fans are hoping that each group has a candidate to follow PRODUCE 101. This may be driven by the many SNH48 GROUP members plus those who are fond of K-POP music.