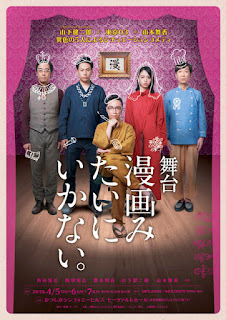 This stage drama is adapted from a drama of the same title that aired in Hulu in October 2017 which is also broadcast on Nippon TV. Separate comedy situations from daily life of middle-aged mangaka.

This will be Shimazaki Haruka's first stage play. Shiamazaki said, "I do not know what will happen next, but I will live it with totality."