HKT48 Ui Mashiro announce her graduation to become an actress

HKT48 Team H member Ui Mashiro has announced her graduation from the group. It was announced by Ui during her Seitan-sai show held at the HKT48 theater, 21 February 2018. 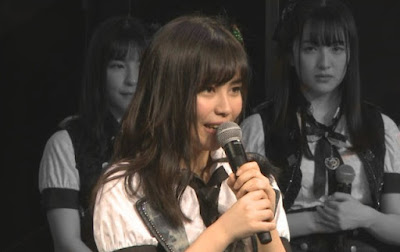 In the announcement, she said, "I Ui Mashiro will graduate from HKT48." Ui continued, "My desire to become an actress has become my dream bigger because I do not want to end my dreams only a dream, I made the decision to graduate from the group, although it is difficult to announce it in Seitan-sai myself, but I want to say it when everyone is present, so I decided to announce it at the moment. "