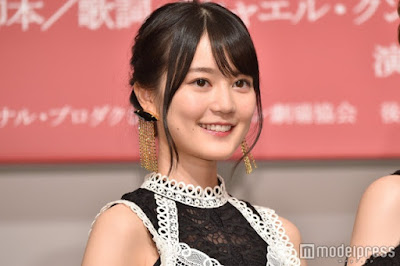 Participating in big musicals like 'MOZART' and playing the Constanze character, Ikuta commented, "I saw this work 11 years ago when I was 10 years old and at that time I never thought I would play a Constanze character in my future."

Ikuta further commented, "While auditioning, I think Constanze and I are different types of characters, however, I try to do as well as I can to play this character."

Regarding the Constanze figure, Ikuta said, "Constanze is called a bad wife figure, but to me it is not, this is just Constanze's conflict as a woman and her status as a wife."

At this press conference, a VTR containing comments from director Koike Shuichiro was also screened. Regarding Ikuta's figure, Koike says, "She's the idol of Nogizaka46 whom all Japanese now know them."

Role as Juliette in 'Romeo & Juliette', acting as Cosette at 'Les Miserables', she's a figure who has played big roles in a musical performance, in other words she's the right figure, her young figure makes me look forward to what Constanze looks like. "