Member Nogizaka46 Ikuta Erika will also be performing in the musical 'Natasha, Pierre and The Great Comet of 1812,' which will be staged in 2019. 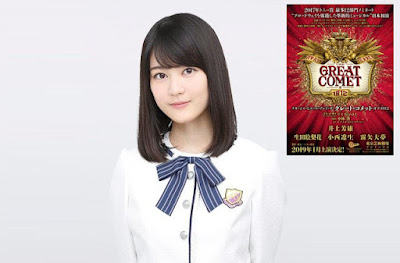 In addition to Ikuta, other musical actors are Inoue Yoshio, Konishi Ryosei and Kiriya Hiromu.

'Natasha, Pierre and the Great Comet tahunof 1812' is a musical adaptation of Leo Tolstoy's 'War and Peace' written by composer / lyricist Dave Malloy and directed by Rachel Chavkin. The story focuses on Natasha's affair with the stories of Anatole and Pierre looking for the meaning of their lives.