Member SKE48 Ichino Narumi has announced her graduation from the group. This was announced by Ichino when performing stage show 'SKE Festival' which was held at the theater, February 15, 2018. 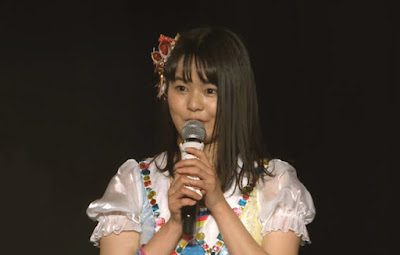 In the announcement, Ichino revealed, "There is something I want to say right now, I, Ichino Narumi will graduate from SKE48."

Ichino further said, "Until now, I have been trying hard to live my life as an Idol. But I have another dream, a dream that I have since childhood, so I decided from now on I will try hard towards my dreams . "

Ichino is scheduled to be with SKE48 until the end of March 2018.

"I'm going to announce the details on the group's official site, I want to be an idol capable of giving a smile and energy to the end, all, please support it to the end."

Ichino Narumi joined SKE48 in 2011 and then as a Generation 5 group. Ichino was promoted to Team E on April 2013 when SKE48 announced a Team Formation overhaul.