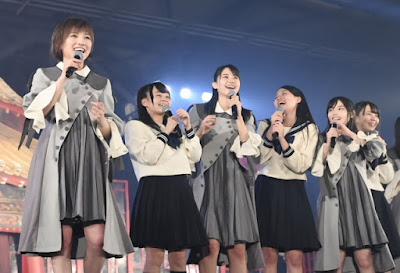 31 members of STU48 including the captain of Okada Nana participated in this event. Besides performing the song 'Kurayami', in this event STU48 also showing coupling song from single debut group.

And in this event, it was announced that STU48 will be holding a long 43-day tour series by visiting 7 Setouchi prefectures [Hyogo, Okayama, Hiroshima, Yamaguchi, Ehime, Kagawa, Tokushima]. The tour will start on March 12, 2018.